That portion of Lots 1 and 2 of Replat of a portion of the Property of Lankershim Ranch Land & Water Company, in the City of Los Angeles, County of Los Angeles, State of California, as per Map recorded in Book 66, Pages 83 to 65 inclusive, of Miscellaneous Records, in the Office of the County Recorder of said County, more particularly described as follows:

WILL BE SOLD BY WAY OF A CONFIRMATION AND OVERBID HEARING.  THE OPENING BID WILL BE $1,680,000 AND BIDDERS: (1) MUST BE PREQUALIFIED AND ON THE CONFERENCE CALL; (2) PROVIDE A SIGNED VERSION OF THE RULES FOR CONFIRMATION AND OVERBID HEARING; (3) PROVIDE PROOF OF FUNDS AS TO THE BIDDER’S HIGHEST BID AMOUNT; (4) PROVIDE A CASHIER’S CHECK IN THE AMOUNT OF $50,100 MADE OUT TO GRANITE ESCROW AS A DEPOSIT TO BID.  All BIDDERS THAT ARE NOT THE WINNING BIDDER WILL RECEIVE THEIR $50,100 DEPOSIT BACK AT THE END OF THE HEARING. PRE-QUALIFIED BIDDERS WILL ONLY APPEAR VIA CONFERENCE CALL ARRANGED THROUGH RECEIVER.

Living is easy in this beautiful and recently remodeled, mid-century modern Studio City home. Located nearby some of LA’s hottest and trendy restaurants, shops, and entertainment including Universal Studios! Step in through the front porch to be welcomed by a large and bright living room with custom built-ins, a gas fireplace, hardwood floors, and easy access to the kitchen. This 2,110 sqft home features 5 bedrooms, 4 bathrooms, and an upgraded ADU with its own kitchen, bathroom, living area, and entrance. The immaculate kitchen features stainless steel appliances, marble countertops, a large center island, custom built-ins, and plenty of cabinet space. The two en-suite bedrooms have beautifully remodeled bathrooms, and one has direct access to the backyard through the double doors. The remaining guest bedrooms are spacious and full of natural light and perfect for an office/work station set up. Enjoy the California sun in the entertainers backyard, featuring a large deck, sparkling pool, and separate custom built gazebo with storage space. 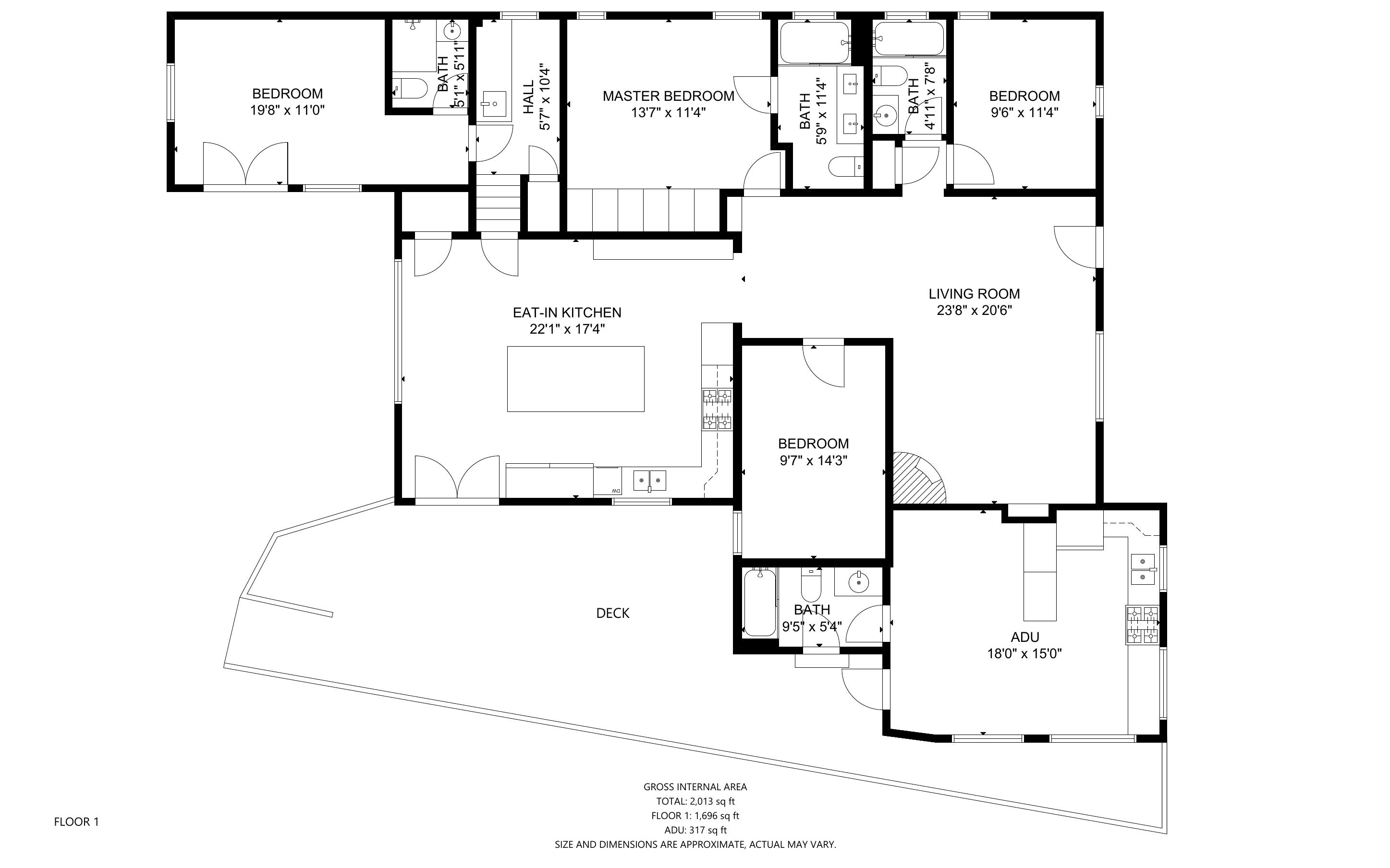